Travels in Baja, Mexico...what they don't tell you in the Guide Books. Share 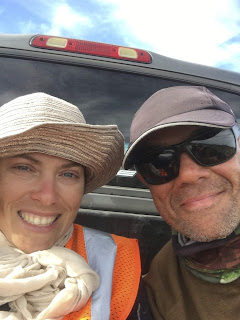 Mexico has a bad reputation in the eyes of most Americans. I can assure you, it is a false as the Mexican people are extraordinarily a beautiful people. On cycling holiday, I took a train from Kansas City, Missouri, to LA, then rode South from LA to San Diego, CA, meeting up with Carolina, a French national who had been traveling the world for five years promoting travel under your own steam. She was looking for a travel companion to help her get to Bahia de Los Angeles so she could connect with a Sail boat that she was going to be a crew member.

We crossed the border at Tijuana and cycled together for 12 days. The final day played out like a 1930s adventure movie: First, we rode from our desert campsite 40 miles into town. Once we arrived to Bahia de Los Angeles, the captain of the boat let Carolina know he was anchored 15 miles south of Mulege’ (a couple of hundred miles further south) and we would need to come to him. We needed to move quickly as it was December 30th and Carolina wanted to be there for New Years eve. With no other travel options we made the decision to hitch hike, in Mexico, to get to a town where we could catch a bus to Mulege, and then go 15 miles further south to Playa de Santispac on the Bahia de Concepcion. 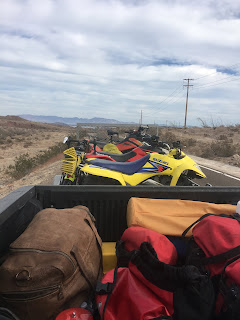 One of the best things about bike touring and bike packing is that you must go with what ever life throws at you, adapt and make it work, after all, it is an adventure.

The first hitch was easy, a tour company taking some people on a ATV adventure gave us a lift in the back of a pickup and precariously loaded the bikes on the trailer. The next hitch was a poor farmer with two children and his father, no one spoke english. Then there was a very talkative man, who wanted us to stay at his hotel, which was not in our direction, and finally we, after being dropped off at a restaurant, where two baja divide riders where finishing up dinner, we were able to catch a last hitch with the sun tearing on the horizon we found ourselves strapping the bikes to the flat-bed  of a delivery truck, Carolina had to sit on my lap in the cramped cabin of the truck. Darkness greeted us on the final comical journey to Guerrero Negro, B.C.S., Mexico. After a three hour wait we then took a bus to Mulege'.

And all seemed well and good, until the bus driver said we could not take the bikes. My French companion told him he could, and to his surprise she rearranged the luggage in the bottom of the bus wrestling in both bikes and gear. A nod of approval from the driver and a few hours later, he dropped us off in Mulege'. It was 130a. 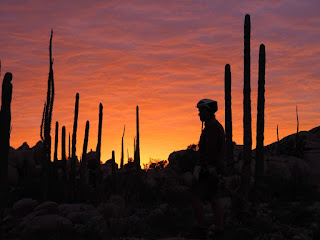 We were on the side of the highway 1 in Baja, MX, completely exhausted after a 40 mile bike ride, four hitch hikes, and one long bus ride and it was dark, no moon, and now faced with the fact we still had another 15 miles to go to our final destination, Playa de Stantispac on the bay of conception. 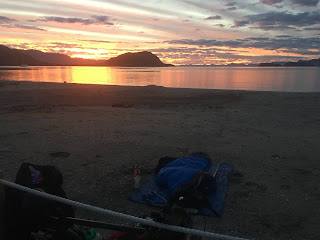 We had three choices as I saw it: try to find a hotel open, camp right there on the side of road, or just say WTF and ride at 2am, on a Mexican highway. We rode. I was the only one with proper lights, although we did have the Milky Way, twinkling above, but it made us feel very small in a universe magical way.

So much fun, and what an adventure, we finally rolled into the Playa at 430am, and realized it would just be best to throw down our sleeping bags on a patch of sand. We would sleep a couple of hours then Carolina would try to find her Captain, and I, well I would walk around to the other campers and find someone who would share a cup of coffee with me. I found three, but that is another story. 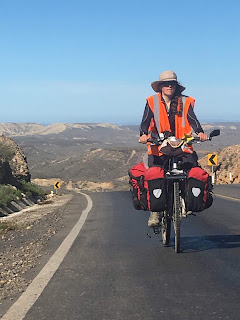 Please support us and help us grow! 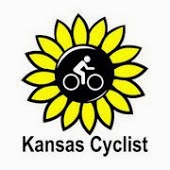